Remembering all those who lost their lives at sea including hundreds of Wireless Operators. 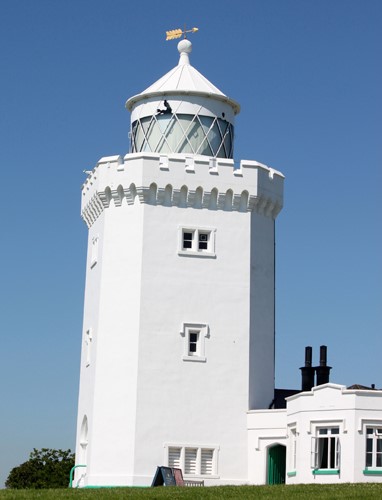 The National Trust owns and manages the Victorian South Foreland Lighthouse in St. Margaret’s Bay, near Dover Kent. This location was used by Guglielmo Marconi during his work on radio waves and two world firsts are recorded at the lighthouse. The first ship to shore transmission from the East Goodwin Lightship to the lighthouse was made on 24th December 1898. In March 1899, the first international transmission was made between the lighthouse and Wimereux in France.

“Marshal Foch to Commander in Chief: Hostilities will cease on the whole front on November 11th at 11 a.m. The Allied troops will not until further orders pass beyond the line reached at this date and time. Signed Marshal Foch”

Marconi himself also received this signal in his apartment in Rome.

From “The Marconi book of Wireless” by G.J. Farnsworth published in 1936 – before the Wireless Operator became a Radio Officer.

QSL BY EQSL.CC AND LoTW ONLY – NO PAPER QSLS PLEASE